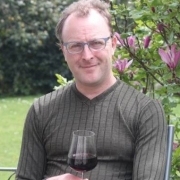 Simon Wood will be offering a regular column called Wood on Wine and Beer. (Waikato Times 2016)

For the Wood family, wine is a family affair, and Simon Wood is continuing that legacy.

Simon who has made his home in Te Aroha, is originally from Hamilton, and is very familiar with the wine industry, following in his parents’ footsteps.

Hugh Wood, Simon’s father, was always involved in the wine industry and owned a few speciality stores. He was one of the founding members of the Hamilton Wine and Food Society as the cellarmaster and also wrote columns for the Hamilton Press.

His column, Wood on Wine, was taken over by Simon’s mother Bev, after Hugh passed away.

And now Simon continues that family legacy with his own column, Wood on Wine and Beer.

Simon, who has spent time living in the UK, wrote about his travel observations abroad for the Waikato Times.

With two parents who made a career out of their knowledge of wine, it is no surprise that Simon tried wine early on in life.

He would quite often have a glass with meals from the age of 16, and naturally “developed an interest”.

He also spent time reading his father’s books on wine and learning the craft. He was soon attending wine tastings and talking extensively to wine makers and sellers

His favourite New Zealand winery is Pegasus Bay in Waipara, old fashioned, family owned and operated. He also likes Villa Maria, the owners of which he says were very “good to his father”.

Simon admits when it comes to the “old world”, European countries, specifically Italy, Spain and France, with generations of history and heritage of wine making, New Zealand can’t compete.

“New Zealand makes wine extremely well, over the last 20 years, we have refined it, worked out what we are and what we’re not good at.

“The industry has matured and we have worked out what grows well in different regions.”

He says drinking wine, whether it’s from New Zealand, Australia or Europe, can taste different depending on your geographical stand point amd where you are in the season.

“When we were in the UK we went to Spain, and drinking Spanish wine, you get a real taste for it. It tastes brilliant while you are there, but when you taste it in your miserable flat in London, it might not taste quite so good,” he laughs.

He loves a pinot noir, sparkling and dessert wine and chardonnay and craft beer, but admits “there is not much he doesn’t like”.

He leans more towards wine with dinner when eating out. But again, this comes down to the company too.

“I am a Northern Districts cricket umpire, so if I am with a bunch of middle-age cricketers, I’ll have a beer.”

Wood says his columns will include wines and craft beers he has recently enjoyed, and those he didn’t, including if the beverage is better with food, or stand alone.

He says readers shouldn’t be concerned about the price of the wines in his column, most of the wines he writes about are readily available in supermarkets or wine shops around the $20 a bottle mark.

So, it leads on to the question, is there a difference between a cheaper bottle of wine and an expensive one?

“I have had some South American red wines and in a blind tasting against the great French red wines, they have come out on top. I think if you are unlucky in an expensive bottle of wine, it can be no better than if you are very lucky in a cheap bottle of wine.

“If it is a top wine, it’s probably designed to be cellared for a certain amount of time and should be drunk within a time frame, if it’s opened too early or late it might be disappointing. But 90 per cent of wines under $30 are for immediate consumption, they will taste the same throughout their life time, especially with screw caps.” 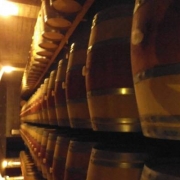 A view into the Hawke's Bay perfection 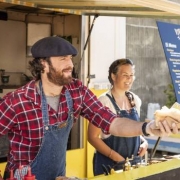 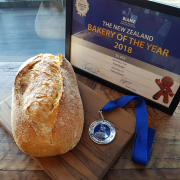 Wining and Dining in Solitary Confinement 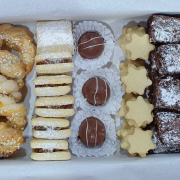 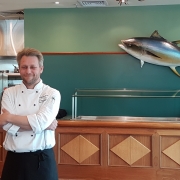 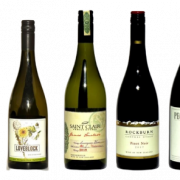